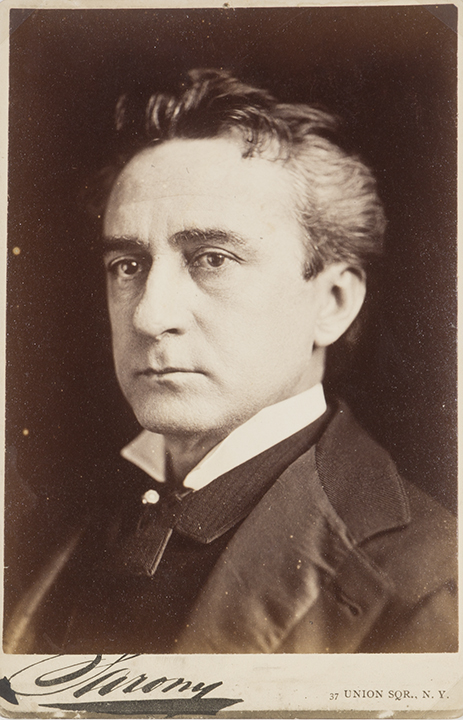 Long before you could follow your favorite celebrities on social media, Americans collected photographs of them. Napoleon Sarony became arguably the first celebrity photographer. He opened his first studio on Broadway in 1866 and photographed many actors and actresses. He produced cartes de visites (“visiting cards”) and cabinet cards (mounted photographs) that appealed to Americans interested in the theater and to actors who desired publicity.

Edwin Booth was a famous tragedian who specialized in Shakespearean roles. Today, he is overshadowed in the history books by his brother, John Wilkes Booth, who assassinated President Lincoln. The Booth brothers had been rival actors who disagreed politically, as Edwin Booth was pro-Union.

Following the assassination, Edwin Booth briefly retired, supposedly out of shame, but he staged a comeback less than a year later and remained an incredibly popular actor until he retired in 1891. Sarony photographed Booth several times throughout his acting career, sometimes in stage costume. Our photograph of Booth is from later in his career.