Q: How did your wife, Gabriele, acquire the African artworks in your collection?

A: My wife Gabriele was German and grew up in Hamburg. There was a period when African tribes people came by boat from Africa to the harbor in Hamburg. They had a stash of African art to trade to make money when they arrived and sold their pieces from home, which is not a very acceptable thing anymore. She [Gabriele] collected them from around 1980 and onward. 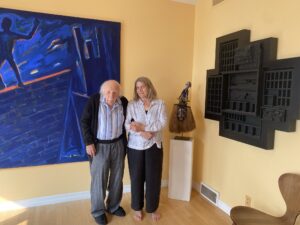 Willy Haeberli with his daughter, Frances, in his home.

A: (Laughs) This is so hard to say—look at the house. What attracts people to art? Of course, the African tribes people were not at one time considered artists…but, Gabriele loved it. And I must say, I share it too, and I might be hard pressed to tell you why.

Q: Did Gabriele have a favorite African work?

A: Yes, the initiation masks.

Q: When did you start collecting contemporary art and do you remember the first purchase?

A: When I was a grad student and could afford it, I went to Maeght gallery in Paris and purchased a work by Paul Klee, which at that time, was relatively inexpensive. 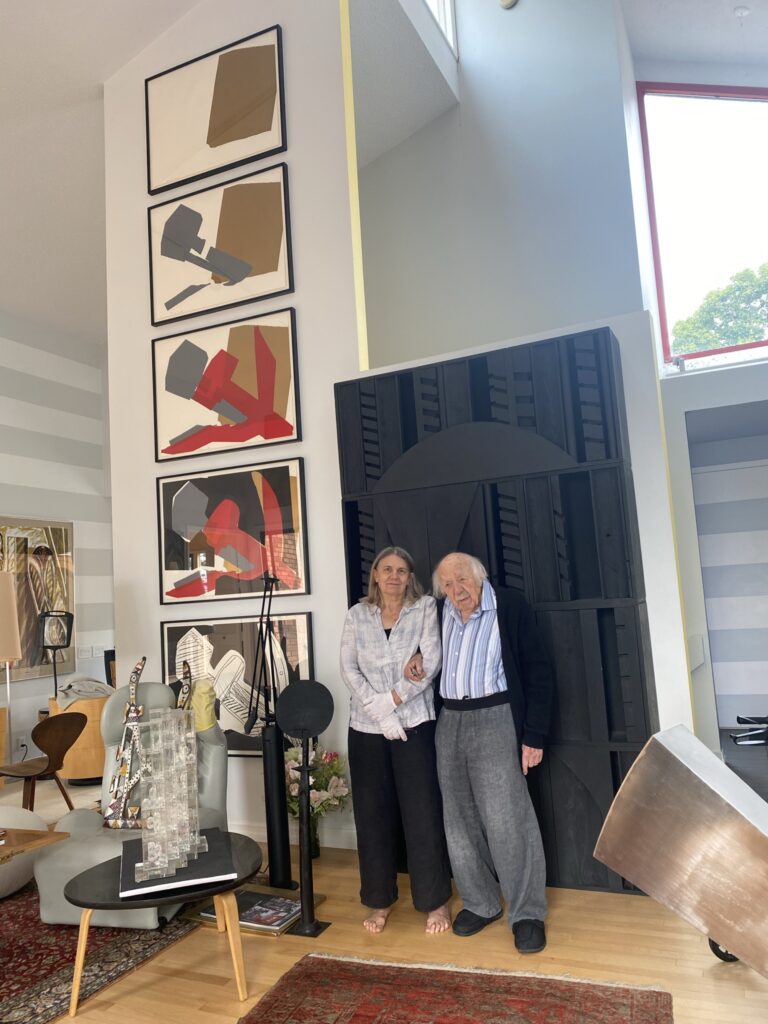 Willi Haeberli and his daughter, Frances, at home with his art collection.

Q: What is your favorite contemporary work in your collection?

A: My favorite piece is this black piece by Louise Nevelson. My wife, for a variety of complicated reasons, ended up having a small art gallery in Switzerland. She did mostly one-person shows, and the very first one was a Nevelson exhibition. We went to the estate and Michael Nevelson, her son, was there and we contracted to get a large shipment by boat of Nevelson pieces from this country to Switzerland. All of these pieces [in the home] were among them. The exhibition was a spectacular failure in the sense of a commercial success. The gallery was in a small, Swiss mountain resort town and Nevelson pieces are not exactly a colorful addition to the children’s bedroom. I remember a neighbor of ours came by—the son of a [family who owned] an aircraft company in Germany—and he whispered to Gabriele to hold a Nevelson for his wife’s birthday. And then he came back two days later with his wife, pretended to look around innocently and then said, “Janet, how do you like this one?” And she said, “Ugh! All black!” And there went the sale!