Stories From Before the First Fifty Years 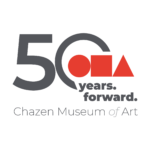 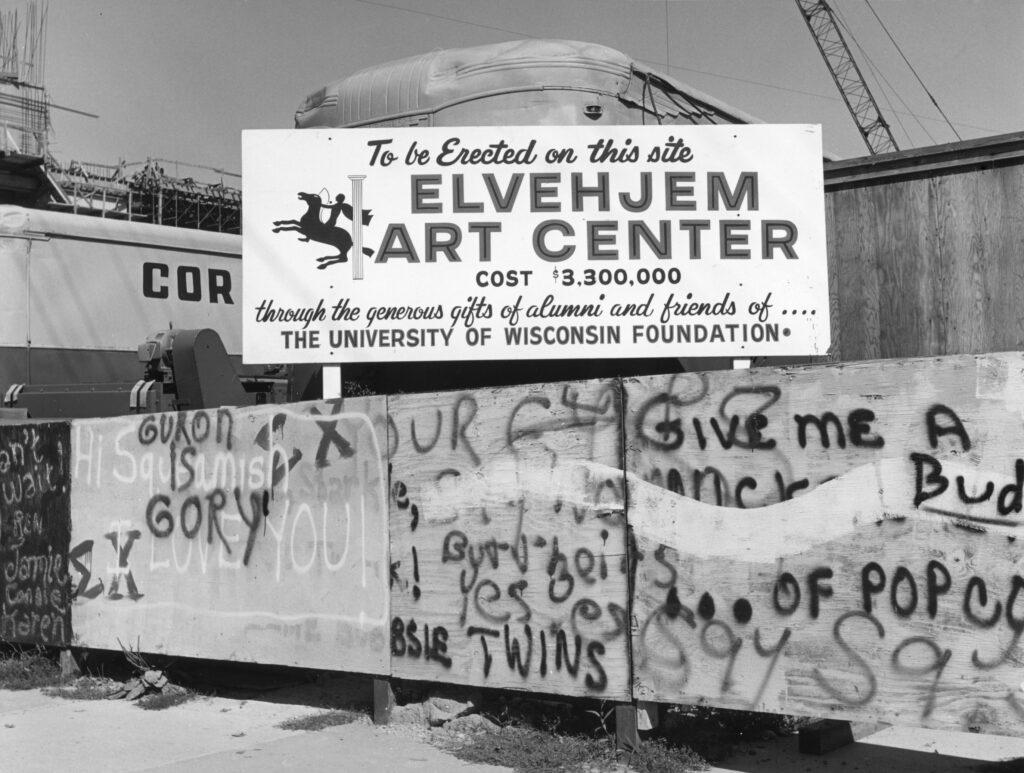 The four-foot-tall plywood fence surrounding the construction site of the Elvehjem Art Center, splashed with student musings and advertisements for co-ops. (Courtesy of UW Archives)

“More people read this fence than they do the Bible. — John Lennon.”

The tongue-in-cheek proclamation, a riff on the musician’s infamous assertion that the Beatles were “more popular than Jesus,” was splashed loudly across a large plywood wall framing the construction site of the Elvehjem Art Center. The year was 1966, and the Beatles, Simon & Garfunkel, and the Mamas & the Papas were topping the charts. Unlike Lennon’s notorious claim early that year, however, which led to protests and album burnings across the United States, this comment was anonymous, a glib meta-commentary on the popularity of the wooden fence amongst students at the UW-Madison during a turbulent, exhilarating, and sometimes violent era.

Construction on the building, initially known as the Elvehjem Art Center, began in 1965, and it finally opened to the public on September 12, 1970. The unsightly four-foot-tall wooden fence was erected around the construction area to dissuade students and passers-by from entering the museum construction site, sometimes a futile task, as records of the building site show that precious materials, like marble, were routinely nicked, often setting the construction schedule back. Students, tempted by the enormous blank canvas the wall presented, immediately took it upon themselves to turn it into their own piece of public artwork, a commentary both on both the serious and inane of the late-1960s. Using paint, students from all over the University eventually transformed the wall into a inimitable amalgam of community art, newspaper (complete with “classified ads” for the ubiquitous co-ops of Madison), and protest piece. 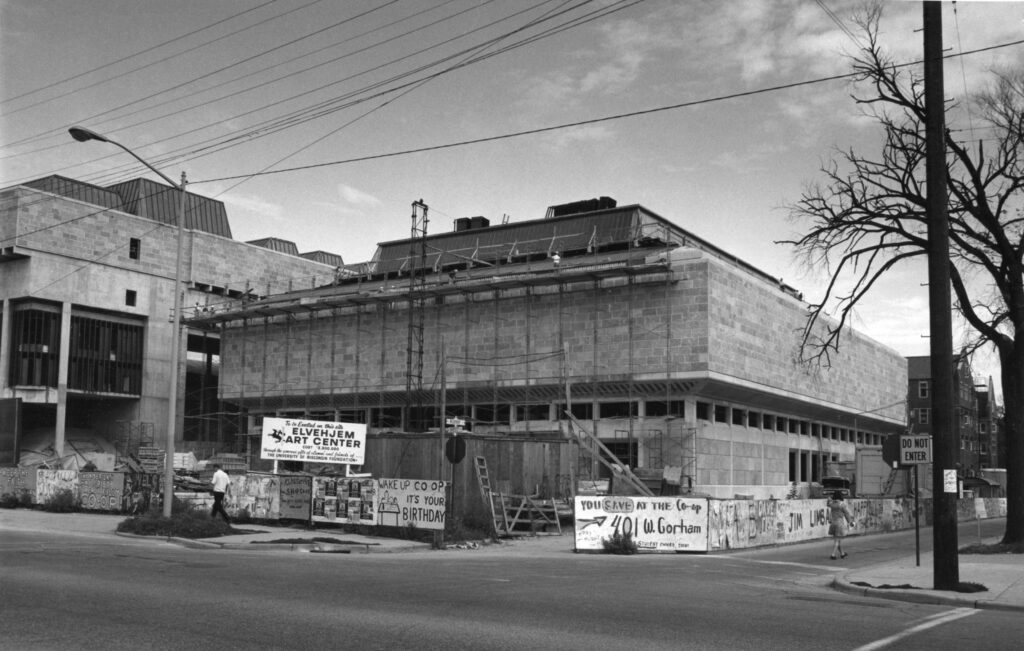 The wall became an ephemeral record of the values, concerns, and humor of UW students of the Vietnam era, not unlike a pre-internet, plywood Reddit board, with musings on topics ranging from politics to education, mental health to music, and philosophy to romance. “God is not dead! He is living under an assumed name in Greenwich village,” proclaimed a message in a headline that would not be out of place in The Onion (another UW student creation, natch.) Another lyrically mused, “Dred Scott was on pot.”

The satirical daggers of the students pierced current events as well, underscoring the University’s legacy as a hotbed of student protest during the 1960s and 1970s: “Where is Lee Harvey Oswald now that we really need him?” pondered one, while another quipped, “Lock up McNamara, throw away Ky,” a pointed critique of the Secretary of Defense and the Prime Minister of South Vietnam. Other students were less concerned with politics and more concerned with the daunting philosophical problems facing humanity: “Mickey Mouse is dead.” Still others took it upon themselves to warn the Madison community of lakeside dangers as the weather warmed: “Coming soon to your local beach: the Summer Buddha!” And in honor of the wall’s purpose, guarding the soon-to-come Art Center, one slogan ruminated open-endedly, “When do you put a Lenny da Vinci next to a modern painting…?”

While the students saw the fence as a way to communicate with each other and to the wider community, University officials and administration were not as amused. The Wisconsin Student Association asked the administrators to maintain the fence, even if elsewhere on campus, as a permanent form of art and communication. The administration ultimately refused and tore the plywood fence down when the Elvehjem Art Center had its soft opening on September 11, 1970, leaving the time capsule of student musings, humor, and concerns (“Help! I am being held prisoner in an education factory!”) to languish in the dumpster.