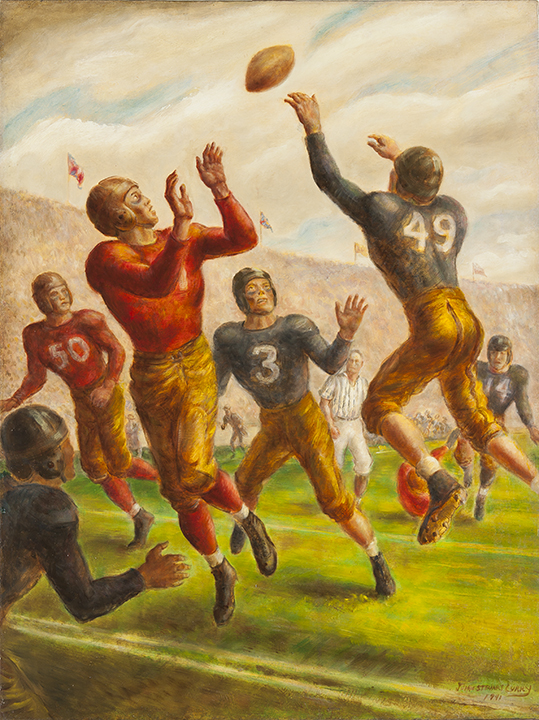 It’s football season! John Steuart Curry, UW-Madison’s first artist-in-residence, painted this composition, originally titled Forward Pass, for Abbott Laboratories to use as a magazine cover in 1941. Badger football player David Schreiner was the model for the primary figure. He is represented catching a forward pass near the goal line during a football game at Camp Randall. Curry was a sports fan himself, and he captured the energy of a football game, including the mass of spectators who are just a blur in the stands.

Following Schreiner’s death, Curry suggested to Abbott Laboratories that they give the painting to the UW–Madison to hang in their new trophy room. The school, with Curry’s blessing, renamed the painting An All-American in honor of Schreiner. The painting was transferred to the Chazen Museum of Art in 2013 after it was rediscovered in storage.