Alumni & Friends Collect Virtual Exhibition is inspired by the very first exhibition at the museum known then as the Elvehjem Art Center when the  building opened in 1970. For 19th & 20th Century Art from Collections of Alumni & Friends, collectors lent works to fill the museum’s galleries for the first time, and many of those pieces were then generously donated into the permanent collection. The second iteration of the exhibition was planned for 2020 to celebrate the museum’s 50th anniversary but was re-imagined as a virtual exhibition in response to the COVID-19 pandemic. Through this new online format, the Chazen is able to celebrate and share more than just the artworks themselves. Alumni & Friends Collect Virtual Exhibition offers a glimpse into the life of an art collector, and shares the stories of those individuals who have profoundly impacted the Chazen’s permanent collection and helped shape it into the rich and diverse treasure that it is today. We hope you’ll enjoy both these virtual exhibitions, looking back at where the museum started and ahead to its bright future. 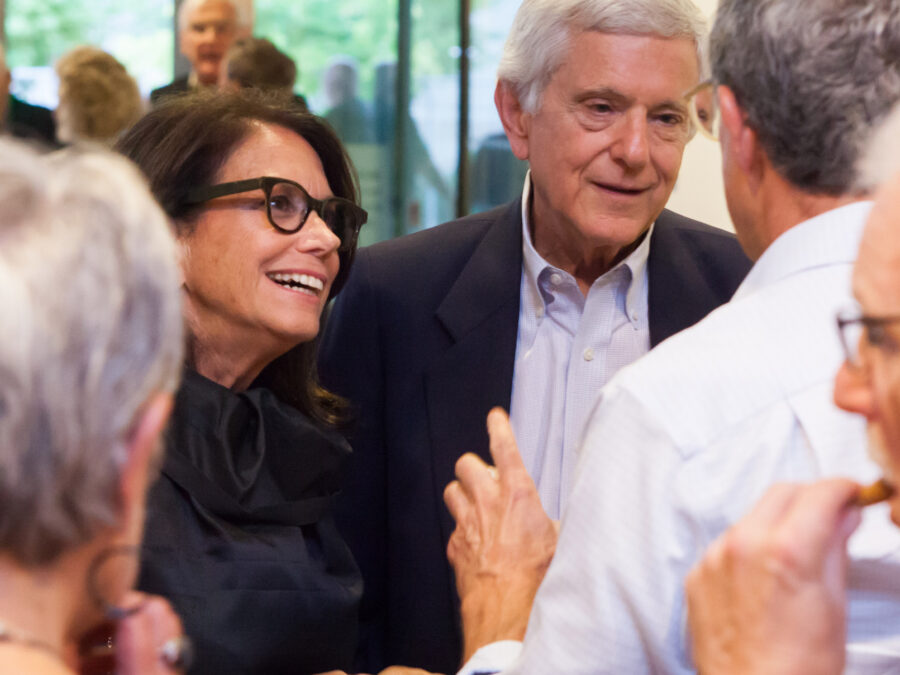 The Inaugural Exhibition: Work now in the Permanent Collection

Many generous friends of the Elvehjem Art Center not only loaned work from their collections for the first exhibition in the building, but later donated those works to the museum’s permanent collection. These works are some of the most important and best-loved objects among the museum’s more-than 23,000 artworks.

“Inauguration heralds the beginning but also represents fulfillment. The years of dedicated, patient work to establish an art center for the University of Wisconsin have resulted in the magnificent building named in honor of the University’s thirteenth President, Conrad A. Elvehjem. Years of acquisitions and exhibitions, each contributing to the educational mission of the University, are before us. To commemorate the dedication and opening of the Elvehjem Art Center, we have organized a major exhibition of paintings, sculpture and drawings of the last one hundred years of art, and borrowed from alumni and friends.

On view are 185 paintings. Included are works from the permanent collection of 1,300 pieces, compiled over 85 years toward an eclecticism of the finest examples of schools and periods, and heaviest in the Dutch and Italian masters of the 16th and 17th century. It is a collection which New York Times critic John Canaday reviewed the Sunday after the opening as “remarkable for high quality in spite of the absence of the biggest names,” adding that “the biggest names aren’t missed.” With it are the works loaned for the Inaugural, a grouping of 19th and 20th century paintings and sculpture. Here, against the white-carpeted walls, are Monet, Hofmann, Utrillo, Corot, DeKooning, Picasso, in 24,000 square feet of exhibit space–second in size among university museums only to Yale’s.

The exhibit spreads through twelve Brittingham Galleries on the fourth and fifth levels, above and surrounding the third-level Del and Winifred Paige court, an atrium of unpolished travertine marble sky­lighted from 50 feet above. Off the court are the Oscar and Louise Mayer print and drawing center, the offices of museum director M Millard F. Rogers Jr., curator Arthur Blumenthal, Prof. Watrous and the art history faculty. Beneath it are the Malcolm K. Whyte lounge and the 80,000-volume Kohler art library. Under these are the conservation rooms, workshops, and four auditoriums, the largest of which seats nearly 300.

Bernard Ziegler, president of the Board of Regents, told the reception audience that the Center “symbolizes the values and strength of the University and humanizes it.” In his Times column, Canaday echoed that thought. He saw the Inaugural Exhibit as “unimpeachably divorced from the political conflicts of the moment,” and of the Center: “By implication, however, this art center might have immediate pertinence as the most profound, if the least dramatic, anti-war argument that the University could present. Art is a crystalization of exactly those humanistic ideals that war violates and universities were created to nurture.”

The new Center is keyed to give just such nurturing. For the first time students now have direct exposure to original works of high quality within a museum setting. (Student art will continue to be confined to other galleries around the campus, nor will the Art Center expend its energies on a “study collection” of lesser quality art for student use, as do many teaching institutions.) In addition to the Kohler library, there are thousands of slides, plus a print-and-drawing center. Rogers and Blumenthal have teaching appointments in the art history department, to offer courses in museum training and connoisseurship.

As exhibits change regularly, out of storage will come a Vasari altarpiece; Indian miniatures and rare Tibetan art from the collection of Earnest and Jane (Werner) Watson; 24 Russo-Byzantine icons, the gift of alumnus and former Ambassador Joseph E. Davies; more of the Dutch and Italian masters.

The collection is expected to grow chiefly as the recipient of individual art works, rather than in acquisition funds. (Rogers estimates that for every cash dollar received currently, the equivalent of five is given in paintings or sculpture.) In using gift money—the only income the Center will receive—he plans careful building of the less complete segments of the collection as appropriate items come on the market.

With freshmen arriving on the campus the week after the Center’s opening, groups of students move quietly up the marble steps to the Paige court, past the Roman sarcophagus ( c. 280 A. D.) and on to the exhibit areas above. Professor Watrous strolls out of his office from time to time to move among them. He nods to a young man studying a Dürer engraving, smiles at a trio of girls who pad across the galleries. The sudden surge of activity must seem unreal to this gentle professor after the years of preparation since he started it all in a Bascom Hall storeroom. And—aware that even the greatest art is complete only when it finds a home in the eye of the beholder—it must come as a lifetime thrill to realize the achievement of the goal he set for the many who present this magnificent gift to the campus, the nation and the world.