Monday, September 5, 2022, is Labor Day, which recognizes the American labor movement and contributions of America’s workers to the United States. Labor Day became a federal holiday in 1894 during a period of heightened tension over labor conditions and fair wages. Of course, the labor movement continued through the twentieth century, led by unions fighting for workers’ rights. 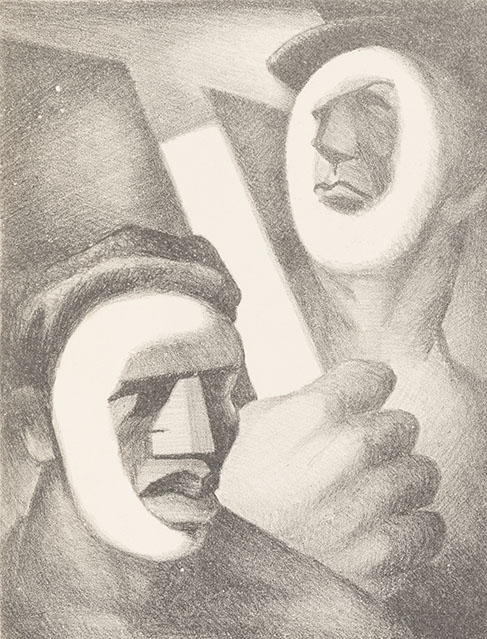 This ca. 1937–1942 lithograph by Carl G. Hill celebrates unions and their ability to bring workers together. The Congress of Industrial Organizations (CIO) was an American labor organization founded in the 1930s that organized laborers by industry (rather than craft, which favored skilled workers and differentiated them from the American Federation of Labor (AFL), the other major federation of unions).

The CIO grew rapidly during the Great Depression. Notably, the CIO included Black laborers in their organizing activity. The two men in this image are represented as noble figures with stylized features. The visible hand holding a tool highlighted in a way to create the letter “I” appears quite large, a reminder of the importance of manual labor.