MADISON, Wis. – Trace Asia-based artistic circulation from premodern time periods to the 20th century with Echoing Overseas: Asian Artistic Exchange, on view Aug. 8-Nov. 28, 2022 at the Chazen Museum of Art at the University of Wisconsin–Madison. The exhibition will feature approximately 50 works drawn from the Museum’s permanent collection that showcase the dynamic interactions between artists, styles, themes and materials. These relationships are most evident in the details of the artworks, several of which will be placed side-by-side in the gallery to encourage comparison. 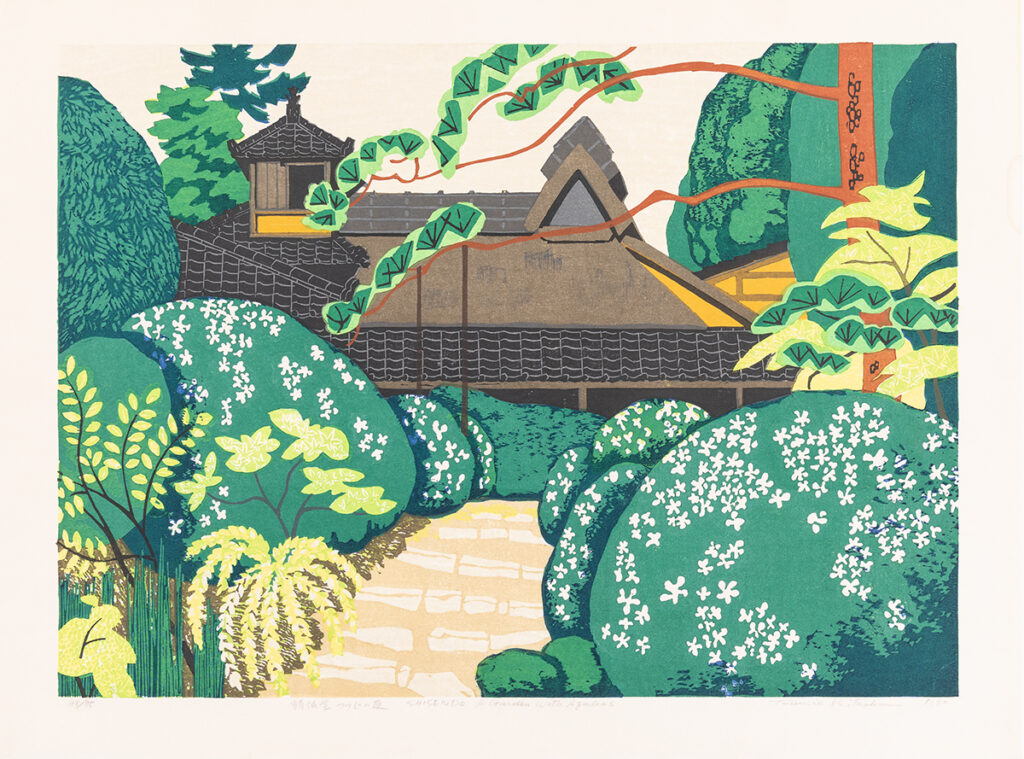 “With Echoing Overseas, the Chazen Museum of Art deviates from the common narratives of creative exchange that highlight the geographical and cultural dichotomy of East and West. Instead, the exhibition turns the spotlight on the interactions between artists in Asia and their travels abroad, driving forces behind the cultural exchange that impacted the artworks produced over many centuries,” said Chi-Lynn Lin, the exhibition curator. Lin is pursuing a Ph.D. in art history at the University of Wisconsin–Madison and serves as a project assistant at the Chazen Museum of Art, working alongside Chief Curator Katherine Alcauskas.

The Chazen will present Echoing Overseas in two sections: “Artworks Overseas” and “Artists Overseas.” Trade ceramics, scholarly paintings and woodcut prints from East Asia will anchor “Artworks Overseas,” immersing viewers in premodern Asia when trade fueled artistic exchange. The exhibition draws comparisons between the works by exploring artistic lifestyle, shared themes and fantasy. Cui Zizhang’s silk scroll The Gathering in the Apricot Garden (1638) appears alongside Hosoda Eishi’s Women Examining Paintings (1790-1795), a color woodcut produced more than a century later. Vibrant Imari ware with origins in China, Japan and England come together, encouraging viewers to discover similarities and differences in color, technique and more. Fantasy takes centerstage with works by Kubo Shunman, Yashima Gakutei and others. Each object in the first section emphasizes the impact of art movement on visual language, medium and interpretation.

“Artists Overseas” will transport viewers to the 20th century to accompany Asian artists in their studies abroad to Tokyo, New York, Paris and other major cities that served as artistic hubs. There, artists found inspiration in various groups as well as the movements that took place and embedded those influences in their art. Works by Chinese artist Zao Wou-Ki and Japanese artists Hisao Domoto and Toshimitsu Imai are among those on view.

“Through artworks produced from premodern periods through 1970, Echoing Overseas affirms the imitation, appropriation, alteration, misunderstanding and rejection that stemmed from artistic exchange in Asia and abroad. These interchanges greatly impacted the formation of modern art,” said Lin.

Echoing Overseas: Asian Artistic Exchange is organized by the Chazen Museum of Art. In addition to the exhibition, the Chazen will present several programs, including a conversation with the exhibition curator, a papermaking workshop and a tea ceremony.