Decades before Pacific Rim, director Gordon and writer Joe Haldeman conjured up this futuristic action movie set in a world where war has been outlawed and replaced by gladiatorial matches between giant robots, piloted by men known as robot jockeys. The story revolves around the fight over the territory known as Alaska that comes down to a battle between American and Russian jox. 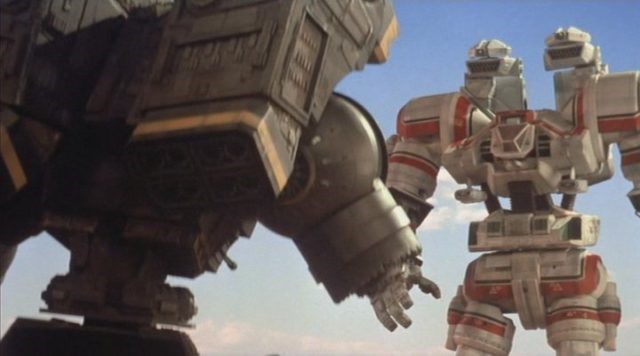