We’re highlighting each of the works featured in our new accessions exhibit in the back Rowland Gallery, focusing here on Deborah Roberts’ Face to Face. 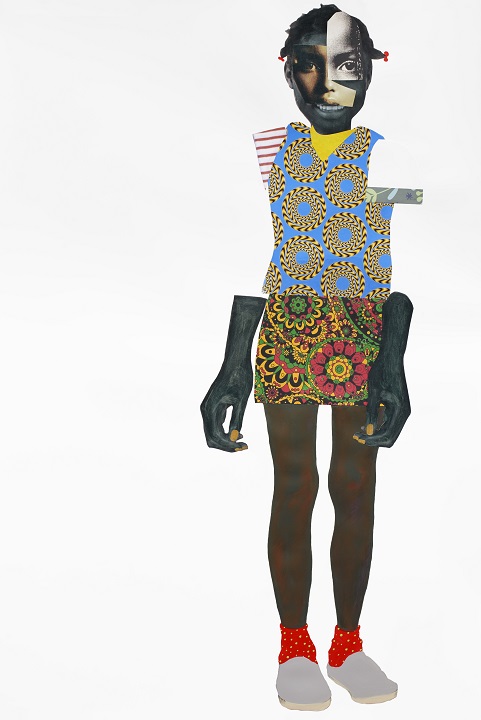 In her compelling and unsettling collages, Deborah Roberts explores the ways in which society’s idealized and discriminatory conceptions of beauty shape “African American” identity. She often depicts children because their identity is still developing, though threatened by societal pressure. Her figures are composed from found and manipulated images of varying scale and hue, along with hand drawing and painting.

She states: “Whether I was aware of it or not, otherness has been at the center of my consciousness since the beginning of my artistic career. My early ideals of race and beauty were shaped by and linked through paintings of Renaissance artists and photographs in fashion magazines. Those images were mythical, heroic, beautiful, and powerful and embodied a particular status that was not afforded equally to anyone I knew.”

Make an appointment to come see the work in person here.