This new accession by artist Santiago Cucullu has a title as colorful as the image itself: Tatted Up Redhead Holding the Head of My Enemy at the Barricade Down the Street. It’s part of our new accessions exhibit, currently on view in the back Rowland Gallery. 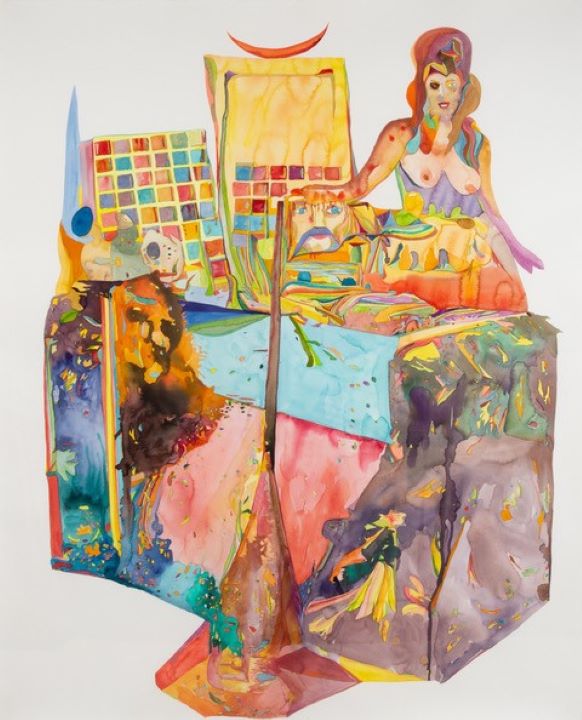 Active in Milwaukee, Santiago Cucullu constructs visual narratives from cultural references, urban life, and found objects. In this work, composed with a bright array of colored washes, a red-haired woman stands behind a barricade and holds the face of a bearded man. Visitors familiar with traditional subjects in European painting may recall representations of Judith with the head of Holofernes and Salome with the head of John the Baptist. However, Cucullu has said he did not have a specific story in mind when he made this watercolor but was responding in part to America’s disposable culture. He imagined a narrative in which his neighbors isolated themselves by collecting abandoned sofas and furniture to use as defensive battlements. This work is one of the largest—if not the largest—watercolors in the Chazen’s collection.

If you haven’t yet seen the new exhibit, you can make an appointment here.