Fabrice Monteiro is a photographer and visual artist who lives and works in Dakar Senegal. In 2013, he began a project in Senegal called The Prophecy to raise awareness in the local population of the serious environmental scourges that the country suffers as well as the consequences of excessive consumption. Monteiro creates characters that emerge from oil slicks, garbage dumps and dry landscapes, and then photographs them to deliver a warning and empowerment message to humanity. The colorful series unquestionably awakens the collective consciousness. Monteiro’s goal is to continue his project around the world and thus involve all cultures and continents in a dialogue on a global scale. 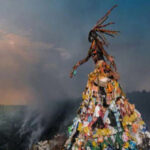 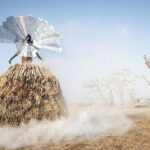 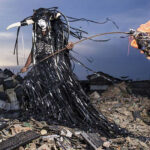 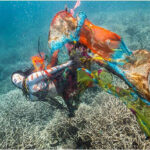 Fabrice Monteiro’s photography occupies a rich space that straddles genres: The photo-reportage, the fashion image and the portrait mingle and clash to better reveal a world “metis” in the image of the artist.

Deeply and genetically transcultural, Monteiro is not surprised by cleavage or bias, but cultivates its characteristic richness by projecting a double look at the themes it addresses. Terrifying visions of a world strangled by waste in his series “The Prophecy” highly stylized portraits… 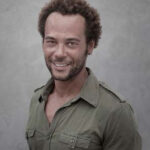