Each of the new accessions we’re highlighting is on display in the back Rowland Gallery—visit them virtually here before you see them in person. 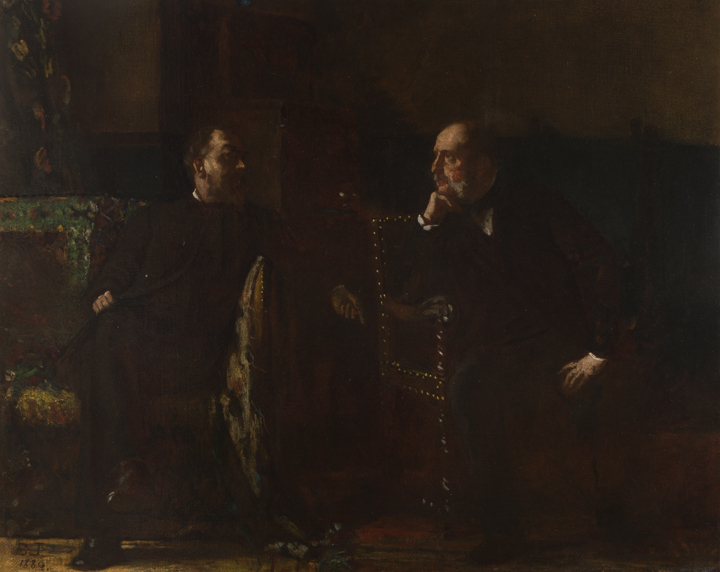 Two Men (Study for The Funding Bill) is a preliminary study for a much larger painting entitled The Funding Bill—Portrait of Two Men, which artist Eastman Johnson completed in 1881. It’s currently in the collection of The Metropolitan Museum of Art. A combination of portraiture and genre painting, this work represents a transitional moment in Johnson’s career, in which the artist shifted his focus from genre painting to the more prestigious realm of portraiture. The two men featured in the study are the artist’s wife’s brother-in-law and a fellow painter. They are shown seated in the artist’s parlor, discussing a controversial bill on refunding the national debt that had been presented in Congress, proving that some things never change.